Annual Exhibition 2021
COMMENDATIONS 2021
The three commendations for the Annual Exhibition 2021 were;
St. Mary's from Old Hartley' acrylic by Anne Roberts, 'Sunday at Jesmond Dene' pastel by Margaret Richardson and Joe McGregor's pastel 'Cheviot Summit -Winter'
Due to time constraints there was no 'People's Joyce Award' this year 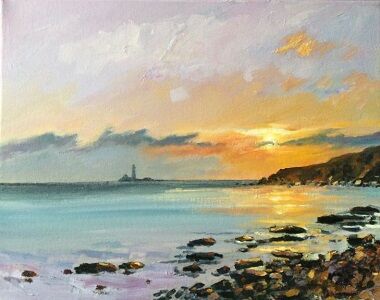 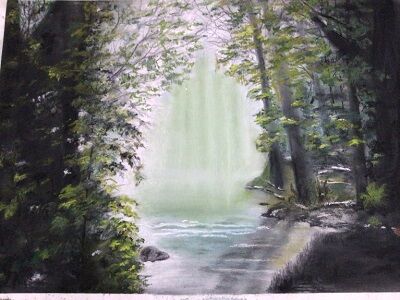 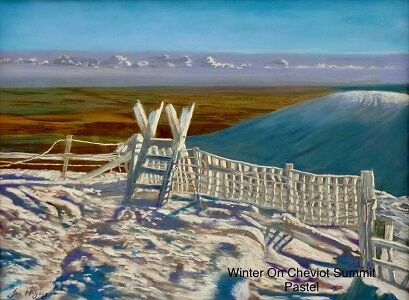 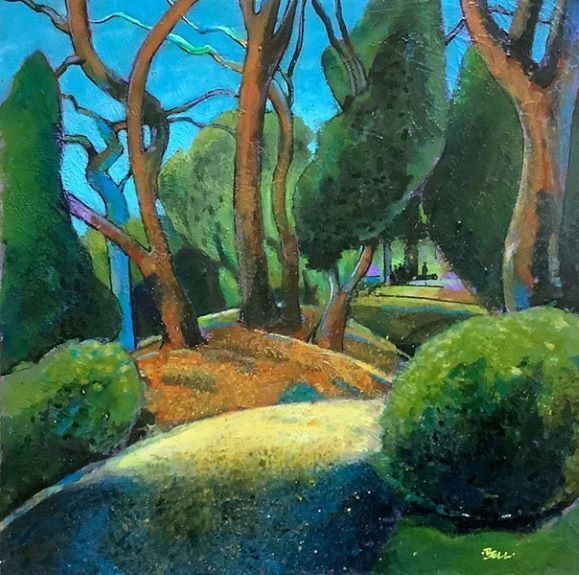 Congratulations to the winner of The People's Choice Award, Harry Bell for his painting 'In Saltwell Park' a 10"x10" acrylic painted on board and is one of a series of Harry's paintings with Saltwell as the subject.


The two runners up were 'View from the Botanist' by Joe McGregor (below left) and 'View from The Courthouse' by Allan White -both acrylics. 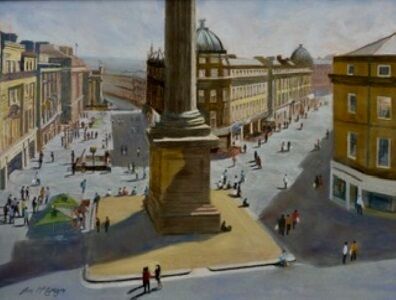 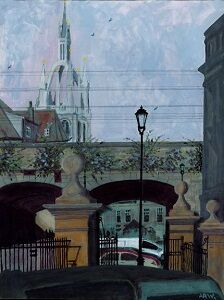 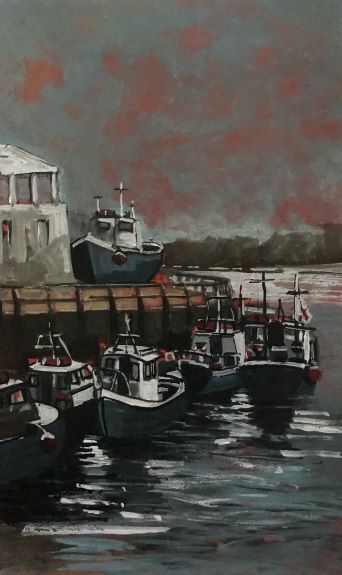 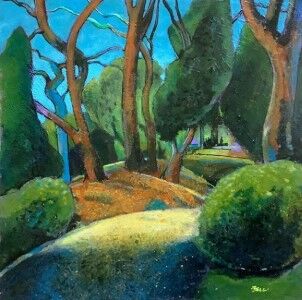 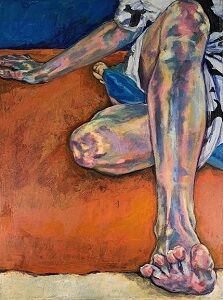 2019 Exhibition
The People's Choice award voted by visitors to the gallery during the six weeks of the Annual Exhibition 2019 went to Mick Jackson's charcoal portrait "John Hurt" -below left. 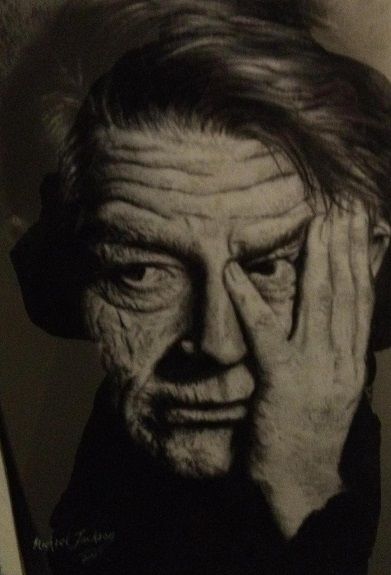 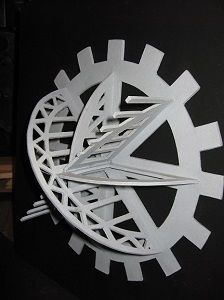 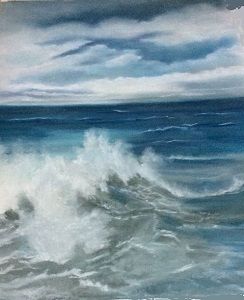 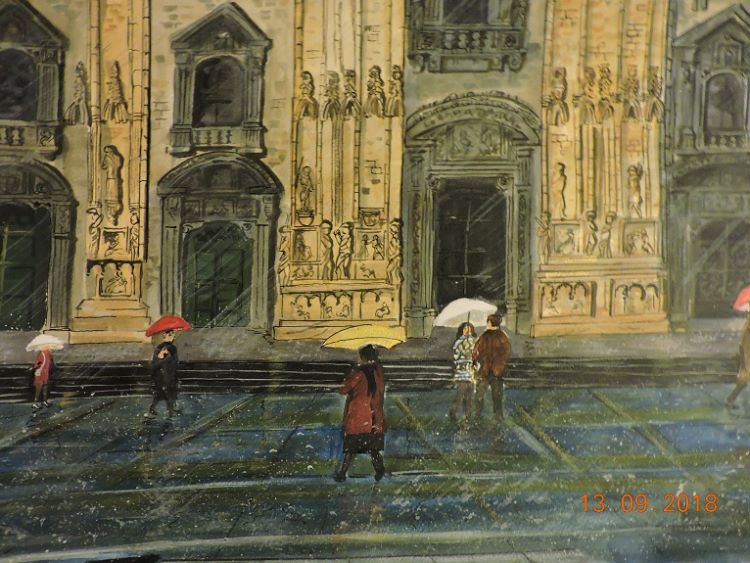 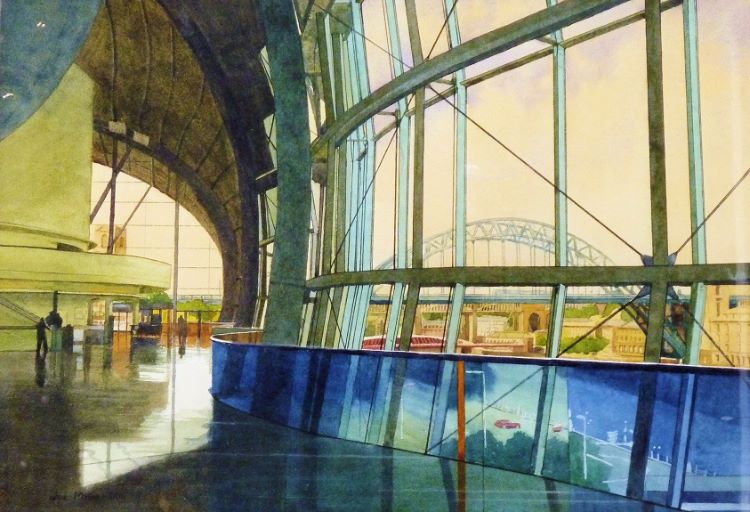 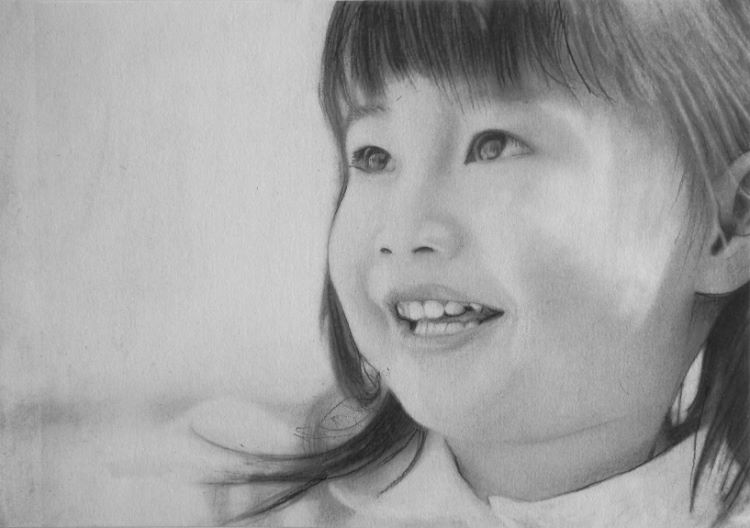 For the first time we introduced a People's Choice Award for the Annual Exhibition at The Shipley Art Gallery. Visitors were invited to vote for their favourite painting during the five weeks of the Exhibition. The winner was announced at the Members' Christmas Party on 21st December 2018. So congratulations go to Aubrey Anderson for his painting "Fossil Fuel" (below). The runners up were Allan White (Cold Central) and Joe McGregor (Grainger Street). 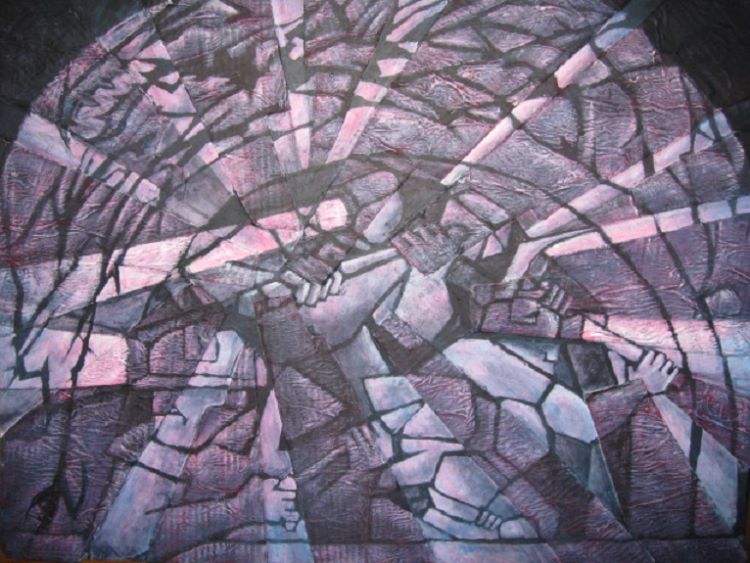 Fossil Fuel a mixed media work (above) by Aubrey Anderson 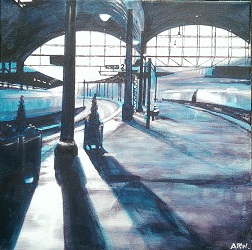 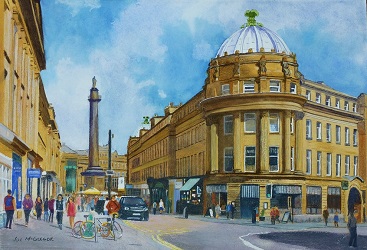